I'm total newbie. I live in a pretty windy area and as I have been fascinated by flying (mostly free flight aircraft models) I thought I could get some of use of the wind, instead of complaining about it. I've been tinkering with flying a stunt kite for a while (flying kites is considered a child activity, mostly in autumn in my area - but who cares). I've been amazed be tricks that are possible with just two lines, and what is better relax in this overtechnologized age than a kite attached to your arms in a wind...no electronics, no internet... so I have bought Orao FYF 500 as my training kite, I have done first flights and I am learning the basics to control the beast.

now, as I know from my other hobby - one kite wont be enough, and as my b-day is approaching fast, that rises a question - what kite to but next as a step up for somone who wants to get into a world of tricks an master them after I learn basic stuff? I see Benson kites are considered as one of the best - superfly or supernova? other options? lot of the links for kite making brands are dead already, it seems I'm late to the party. I was also playing with an idea of building one by myself (due to my nature of liking to make and build stuff), based on the open source plans, but as I don't own sewing machine and buying the materials would cost a fortune it's not very feasible option.

thank you for any advice.
Marek
Top

Hi and welcome to the forum

The Benson Deep Space is really good to get you to the next level for tricks.

But if you do fancy making your own there are lots of great options around, have a look here:

Thank you! I've found the site, because well, I'd love to build stuff, so the second thing I searched for was dyi kite plans

..I just don't have sewing machine and buying one just for sake of making a kite...probably if I find someone from whom I can borrow it..but definitely great options on that site, hard choose from.. I need to study a bit more on kite building - like for example - I understand that frame and sail shape will have the biggest impact on the flying characteristics of the kite, but what about panel layout if I don't like that particular for a given plans? Can I change the layout while keeping the shape of the sail without having impact on flying characteristics of the kite?
Top

I'll second Craig recommending a Deep Space, rather than a Superfly or Supernova. It's an older design, but it's still a very capable kite and will be more forgiving to someone just starting out.

If you borrow a sewing machine, tell them the type of fabrics you'll be sewing. It will need to be strong enough to handle webbing for the nose and have a triple zig-zag for the seams. There are other people here who are more experienced than me at this, so I'll let them add anything else, such as best needles, threads, etc., but you could do worse than looking here.
Must fly
Roy
REEDDESIGN Web Design
Top

About sewing machines: at first, just make sure it has a straight, zigzag and triple zigzag stitch. Most machines will be able to handle the nose webbing and all. Make sure to practice on the scraps. And goooooooooooooooo!
remember: amateurs built the ark ..
professionals built the Titanic. Hi and welcome to the forum.

My advice is just stick to learning to fly and trick for now. Don't waste your time learning to build kites and spend money on the materials needed yet. Self builds are not cheap : you will get a great second hand proven kite for far less money, and as you describe yourself as a newbie the chances are will go through a stage of breaking things. This isn't a bad stage as you will begin to understand the limits of how far to push and over time breakages will likely cease. Plus, building will occupy many, many hours. Use this time to practice, practice, practice out on the field.

As for kite recommendations? Don't go 'middle-ground' brand new. There is very little resale value in these, and you are likely to only end up buying something better. So better choice is a 'top-end' second hand kite. Benson's are perfect but I would steer you away from the Superfly for now. Deep Space is perfect. Other options would be Talons, Black Pearls, Nirvana's, Sixth Sense.

As for changing a OSTK panel design. So you 'could', but...I would be pissed off if someone did it to a design I had spent months and months of field testing on and multiple iterations of versions to get to the final design. It just seems wrong to me. We should be grateful that designers even release their plans for free. Leave them as the designer intended.
Ian
Northern Monkeys Kite Group 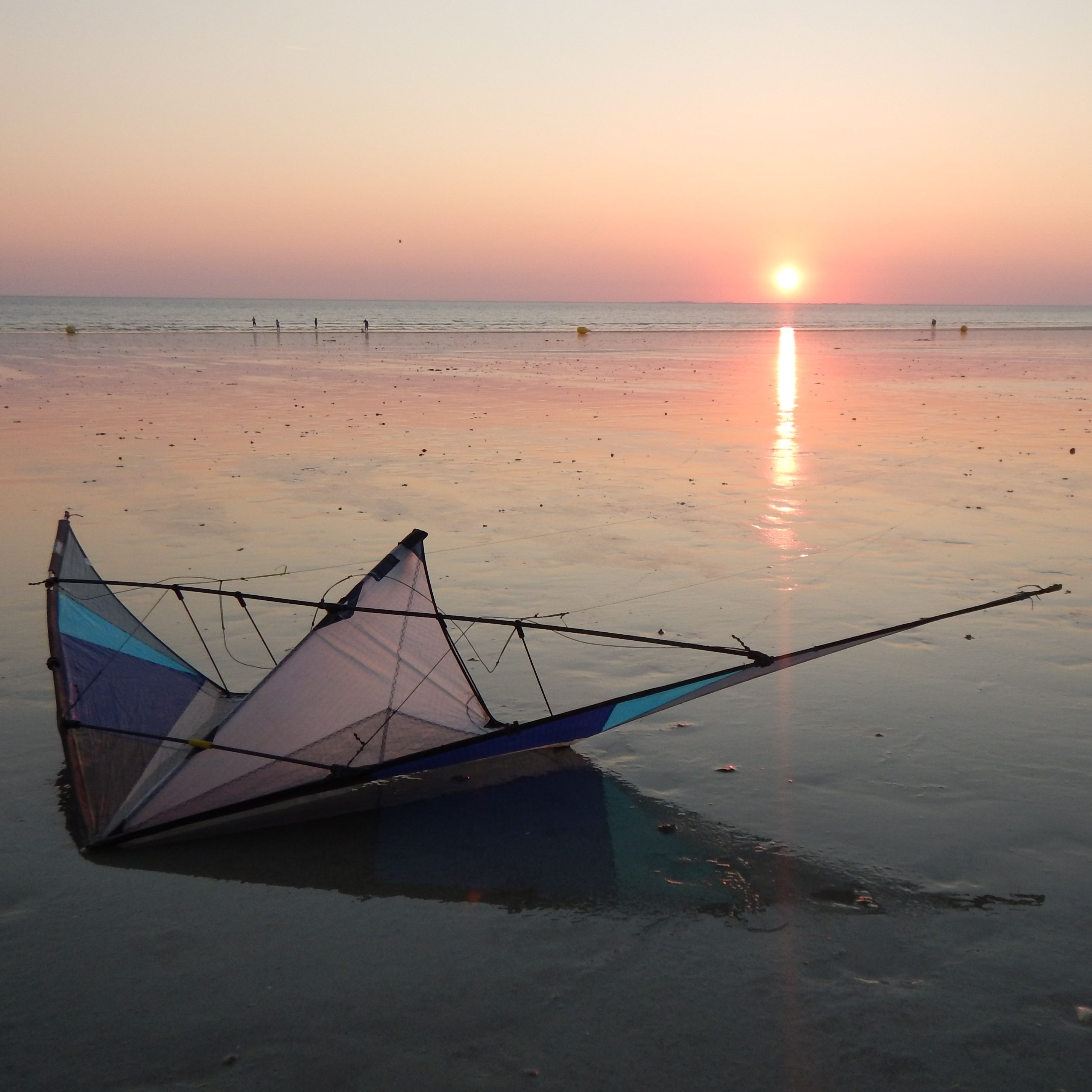 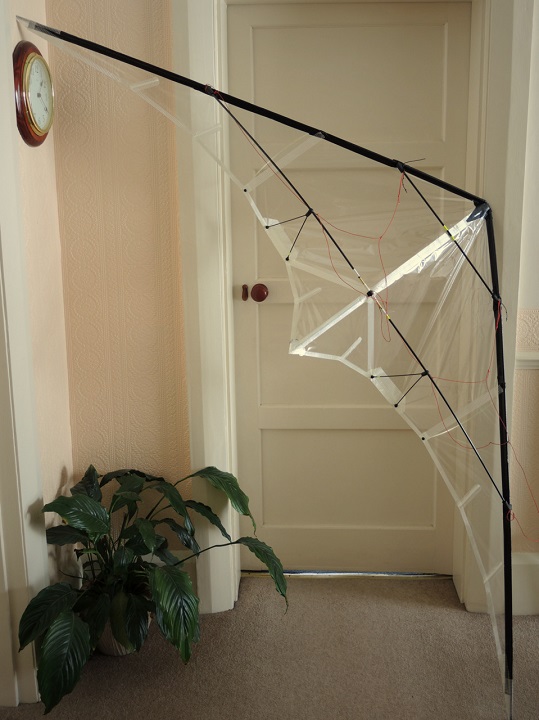 This was an exercise in building a kite as quickly and cheaply as possible, and it was a success in that regard. A sewing machine will almost certainly give you a nicer and longer lasting kite though!
Top

I think the Orao FYF500 is actually quite a good kite for its price, it has a carbon tube frame (pultruded), an adjustable bridle and a leach line to tune the speed. It is heavy and so it needs a fair breeze to fly. (For light wind days I use a Superfly UL or a Prism 4D). On the Orao, the bridle picked up some damage and needed to replaced so I used Andy Wardleys site as a guide and made my own bridle, which led to lots of experiments and I have ended up with a far more lively yet precise kite.
Top

thank you for welcoming me. yeah, I get the point and I'm still debating pros and cons of building one myself and it's though deciding between pure satisfaction of building something vs cost (both time and money). probably getting a premade sail and then frame the kite would be best option for me as getting a materials for sake of making just one kite is not very cost effective and currently I'm not entirely sure I'd have enough time to build at least a couple to make it worth.

What I'd like to try to solve with building kite myself is to build a frame with leading edge and spine from multiple pieces so whole kite can be packed into smaller package (inspiration coming from Magnet Micro pack on KarelOh's website) sp it'll be more travel friendly and I can bring it with myself whenever I want without hassles.

I also don't underestimate learning process - I try to fly whenever it's possible, especially now as it's kind of windy in my area. I'm watching tutorials and every time I go out I have something I want to try/improve.

thanks again for advices.
Top

I have found out that a friend from whom I was planning to borrow sewing machine is not having it anymore, so I got in touch with Gabor from Mugen Kites and he is going to make me a sail for Lazarus, I'll build a frame for it - seems to be a good compromise.. and I'll have a nice kite for my b-day once I grow up  as a pilot..

Hey 4eyes, who needs a sewing machine if he has the right friends?
That's a good deal you got yourself.

PLEASE......NO TAILS ....
Top
Post Reply
Who is online In total there are 3 users online :: 0 registered, 0 hidden and 3 guests
Users browsing this forum: No registered users and 3 guests based on users active over the past 5 minutes