Wow! Where did everyone go? 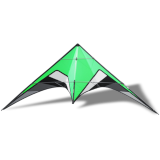 Wow! Where did everyone go?

About 15 years ago I was lucky enough to stumble upon and then join the slightly bonkers but oddly cool population of dual line kite flyers in the UK. I was, admittedly, a bit peripheral as I was slowly learning the skills but was regularly enthused by the abilities of many of the longer serving FA members. Over a few years, I bought a bunch of excellent kites and attended various festivals in the UK and even went over to France once for a big competition (as an admirer, not a competitor!). Bought an FA beany and Tshirt and wore both with pride.
I then, 12 years ago, made the mistake of becoming self employed and the kite bag started to gather dust in my workshop - somehow it never got to the top of my 'must do' list.
A couple of weeks ago, while searching for a silver lining in this rather wretched locked down dystopia, a beacon of positivity hove into view. I suddenly realised that this was the perfect time to dust down my 'Jest of Eve' Talons, repair the Deep Space and finally get to do a comete.
So, I logged onto to my FA account and went to the forum to see what's hot and .....
Well, nothing, really.
A spark of life in Scandinavia but that was about it.
I expected there to have been a bit of come and go while I was AWOL but it seems to be all 'go'. I was stunned and not a little sad.
What happened?
Was the scene 15 years ago a bit a bit of a bubble brought about by a coincidence of technological advance and highly motivated individuals?
Did we just get to the end of the range of tricks that could be done and folk got bored?
Was performing kite ballet on a beach listening to music in your headphones too esoteric for anyone under 30 ?
I have ordered a Supernova from Tim and can't wait for it's arrival, but should I resign myself to the fact that kite flying nowadays is a singular pleasure? For me that will still be enough to make it well worthwhile.... just tinged with a little nostalgia for those old, social days.
Marklookssouth
Top

There's still some of us flying, albeit less frequently than we used to.

I think trick flying is more interesting when you are still climbing the learning curve and there is a tendency to not practice as much when you're the learning curve starts resembling a flat horizontal line.  And when yo stop practicing as frequently, you just get out of the habit.

I also think kite design has also plateaued out so there is less motivation to go and send less £s on new kites.

The UK weather has also got discernibly less favourable over the last few years with far less of those nice days with 5-10 mph winds.

I still like to meet up with local fliers, but there seems to be less of them with each passing year and as kiting is not my #1 hobby/sport the times I manage to get flying are fewer and farther between.

Still enjoy it when I do get out though.

Thanks for the response, Jon.
I take your point about the flattening learning curve. It's strange to me though how the sport/hobby hasn't attracted enough newbies to at least have a few years of fun while the curve is still steep.
I just hope that the accumulated knowledge re tricks, building, repairing etc carries on being available to folk in the future who might stumble upon our old hobby and want to give it a go. Thank god FA's vital (well, at least to me!) database is still up and running - I notice an awful lot of my old kiting internet links are dead now.
On the positive side, I have pretty much got the sky to myself in Scotland.
Mark
Top

Hi Mark. Things have got really quite of late. I think a few people are checking in on the forum but there just isn't much posting at the moment. The American site "Gone With The Wind" closed down last year. Ken McNeil started a new forum in the states called "Kite Gnome" but he has just announced that it will be closing at the end of May due to lack of interest. All a bit sad really. We have some flyers near where I am but the bad weather last year kept a lid on the number of meet ups that we had. Good to see you back flying and lets all hope that things pick up.
Steve

Hey Mark,
The decline in kite flying is steep, but I see several people coming back to it, like you (and me), so all hopes are not lost. There are (were and will be) still some nice festivals. And if you pass by London, happy to share some flight time. Of course respecting current social distancing.
Keep flying!
In the bag(s): R-sky, Benson, Prism, Revolution, Quadrifoil and a few more...
Top

I plead guilty. Looking every day, not posting.
I also daily check out that strange phenomenon FB. There's quite some fliers that post there and forget to do so here. It seems that this also contributes to the downfall of forums like this one.
remember: amateurs built the ark ..
professionals built the Titanic.

I think the issue was that there was a massive spike in the advancement of tricks and kites over a reasonably short period of time, and fliers progressed pretty quickly to a good level, naturally that plateaued off leaving advanced fliers nowhere really to go, maybe only to get more consistent.

It was a really exciting time, new kites being released left and right, some kites only good at certain tricks however once you got that trick down it became easier to move it onto a kite that was more rounded (polyvalant), then it became much more personal to how you liked the kite to fly, but new tricks stopped coming, leaving moving onto combinations, good but not breaking new barriers.

Probably the best dual line flier in the world, Richard Debray flying his R-Sky Unik last November, amazing talent and wonderfully consistent flying, but still the tricks are from a decade ago, this is not a criticism, just where we are!

Personally (until Covid-19 hit) I still fly a reasonable amount generally everyday when I'm on holiday as the sun goes down, if you see a green or orange SuperFly on a beach in Spain or Portugal it could well be me

It'd be good to have a meet up, however I posted in April last year in the Fly-meet section it's still the top post after a year with 2683 views, but no takers

Thanks for that feedback, guys. I am somewhat cheered up.
Re meet ups/ festivals: Have motorbike, will travel. I will keep my eye on postings post Covid-19....
And thanks for the link to the video, Craig. Trying to get as good as RD should keep me busy for months

Another one here pleading guilty to visiting the site and not posting.
Before Covid, I flew almost every day I could on the beach down here.
Top

davy2019 wrote:
Another one here pleading guilty to visiting the site and not posting.

+1 There seems to be less to talk about,:
Fewer new kites, most kites can do everything (+20 years ago a new kite usually enabled a new trick)
Few new tricks, I think we have just about every axis of rotation covered
Fewer festivals, It must be two years since i talked to another flyer face to face
Every time I go to the park its full of dogs (I'm a dog owner myself so whatever...) so I fly less

Naturally it doesn't help encourage new blood but I struggle to just chat for the sake of it or I'd be off to facebook documenting every time I wiped my backside.
Top

Ian Newham wrote:
or I'd be off to facebook documenting every time I wiped my backside. Well the good news (for just me personally) is that I'm back and excited about kites again. Not one definite thing why I seem to have taken a 12 month break from it all, more just a combination of events. Starting a business, kids growing up, shit weather when I could fly, nice weather when I couldn't, a frustration with learning a few new tricks, and probably having too many kite projects left uncompleted. Didn't really plan on a break but just found myself not enjoying it as much.

But recent events (having to be at home and schooling kids), a number of zoom chats, and remembering I need to have a life outside of the rat race and I am feeling like I have my mojo back. Yes I can't wait till I can fly again, meet up with my flying buddies, even pulled the sewing machine back out and feel determined to finish off uncompleted projects.

It's nice to be back in my happy place.
Ian
Northern Monkeys Kite Group

Well - I’m another one who hardly flies at all. I think I had 1 hour back in January and that was it. Like others it wasn’t one thing, but a combination of factors - family (a seriously ill daughter), work (changing jobs), other time consuming hobbies (my sic), and strangely rubbish weather all played their part. A bit of a coincidence - I went to the cellar to retrieve the bulk of my kites this evening with a view to trying for a fly in a local park this weekend (I’m not 100% sure if this is allowed or not - but I will give it a go). I have found that all of them are smelling damp and musty so they need a good airing anyway. That’s going to be my excuse if asked!

Here hoping I can actually get back into kites flying again....

kitejan wrote:
I went to the cellar to retrieve the bulk of my kites this evening with a view to trying for a fly in a local park this weekend (I’m not 100% sure if this is allowed or not - but I will give it a go).

Careful, there are people out there who don't approve of this sort of thing!

http://www.brixtonbuzz.com/2020/03/idio ... -lockdown/
Must fly
Roy
REEDDESIGN Web Design
Top
Post Reply
Who is online In total there is 1 user online :: 0 registered, 0 hidden and 1 guest
Users browsing this forum: No registered users and 1 guest based on users active over the past 5 minutes