Ken McNeill is no longer Blue Moon Kites and the Mamba is now the M3 - and I've bought one. 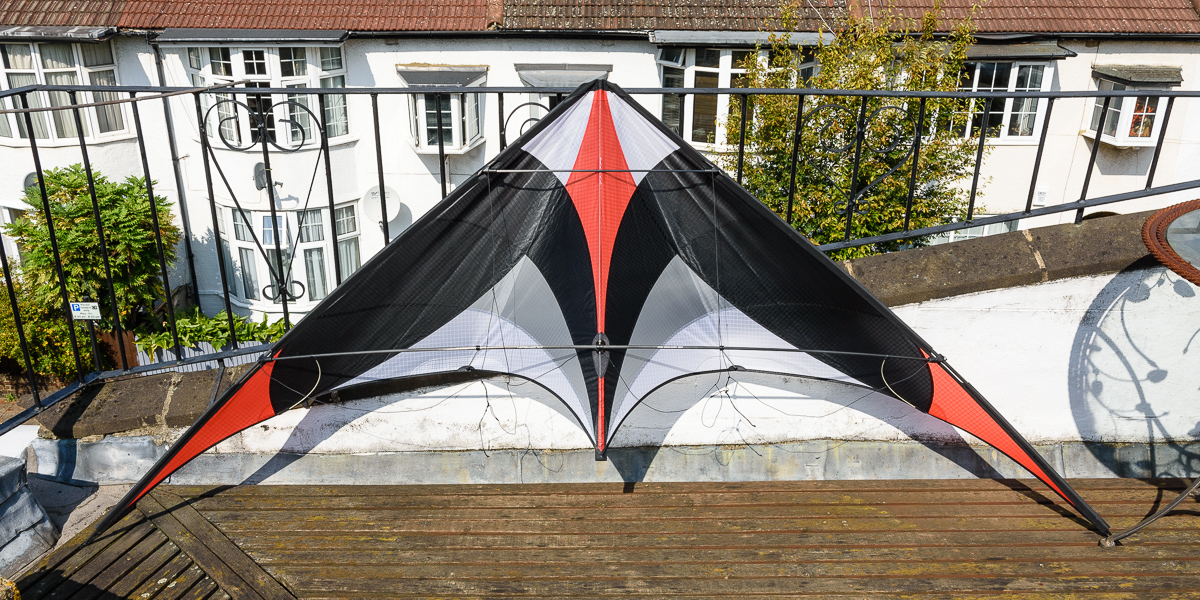 It's the first full-size kite I've had since I stopped competing about 20 years ago. I'd forgotten that means bigger arm movements. I've not had the chance to fly it much yet but it tracks beautifully and speed control is amazing. The build quality is amazing, as you'd expect from Ken. The kite came with three small brass weights to add to the tail. I tried it without any but found it too hard to do any pitch tricks. I then put on all three, but that was too much. I've settled on just one, but I've only flown it once since then in a very iffy wind, so the jury's out, but I expect I'll settle on one or two. I'll add some more here when I've had the chance to fly it some more.
Must fly
Roy
REEDDESIGN Web Design
Top

Be interested in your further reviews. I do like my Mamba, but it is an older generation. I do get the large arm movements comment if its like the Mamba that way -- not a tricky l’l flick kite for sure. Strong, imposing kite that tracks solidly yet quite capable at tricks (more so than me anyways).

I have a tendency to favour lighter winds so a UL may be a better fit for me. But keeping my mind open!

Ken always made the best, most versatile UL kites because of the sail shape. I think only Bill (UL version of Hugo) can match it in this regard. Old school kite with new school moves.

Build quality looks great on this one too
Top
Post Reply
Who is online In total there is 1 user online :: 0 registered, 0 hidden and 1 guest
Users browsing this forum: No registered users and 1 guest based on users active over the past 5 minutes