by Lex B
Two weeks ago I saw something sticking out of a garbage can. It appeared to be a kite and I could not leave it there. A quick inspection told me it was a Wala (maybe a knock off). It was missing the spreaders and something had been chewing on a wingtip.
I felt the need to show this orphan some TLC.
Here's the results..

Replaced both wingtip with a rounded piece of RSN 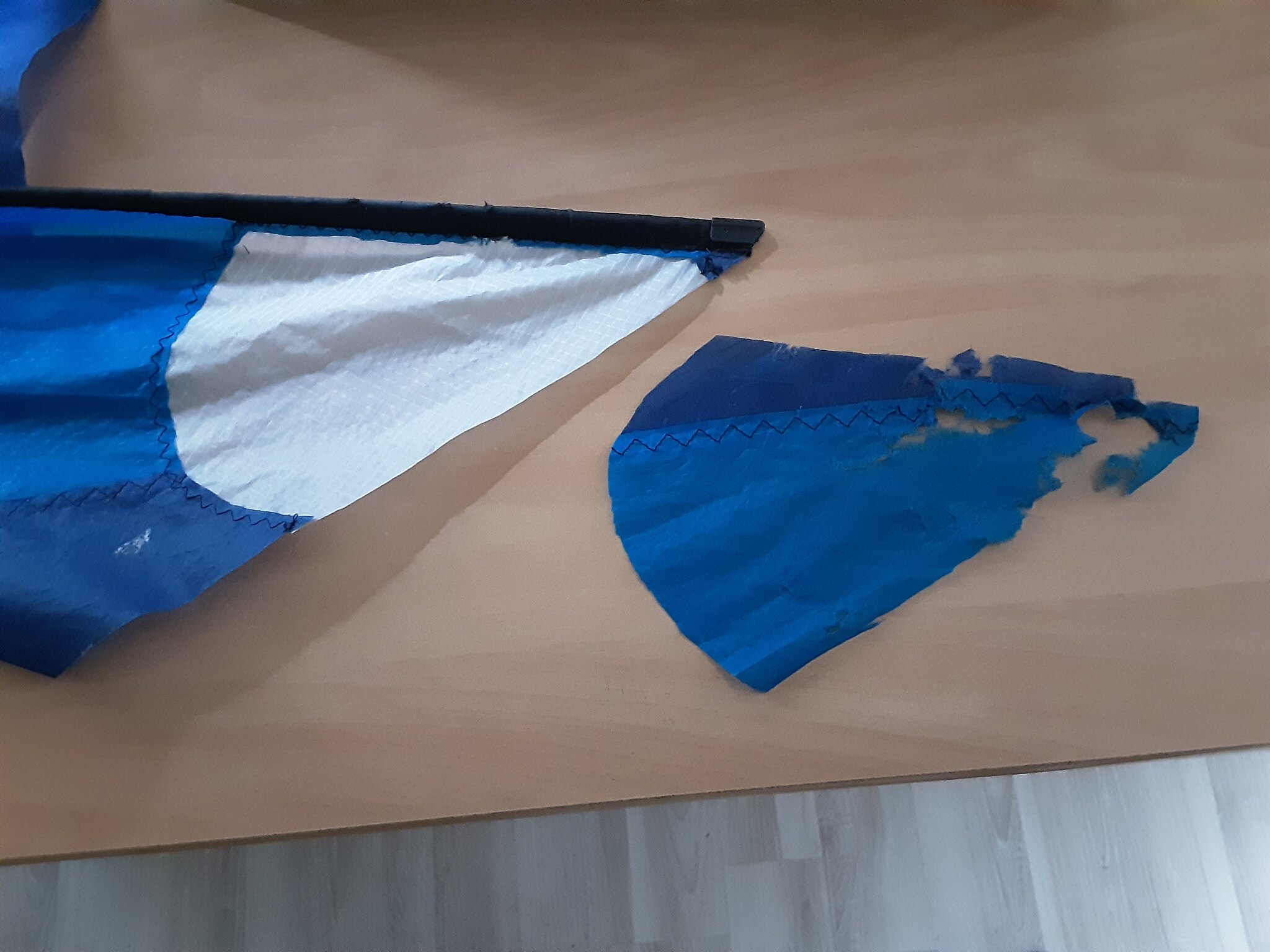 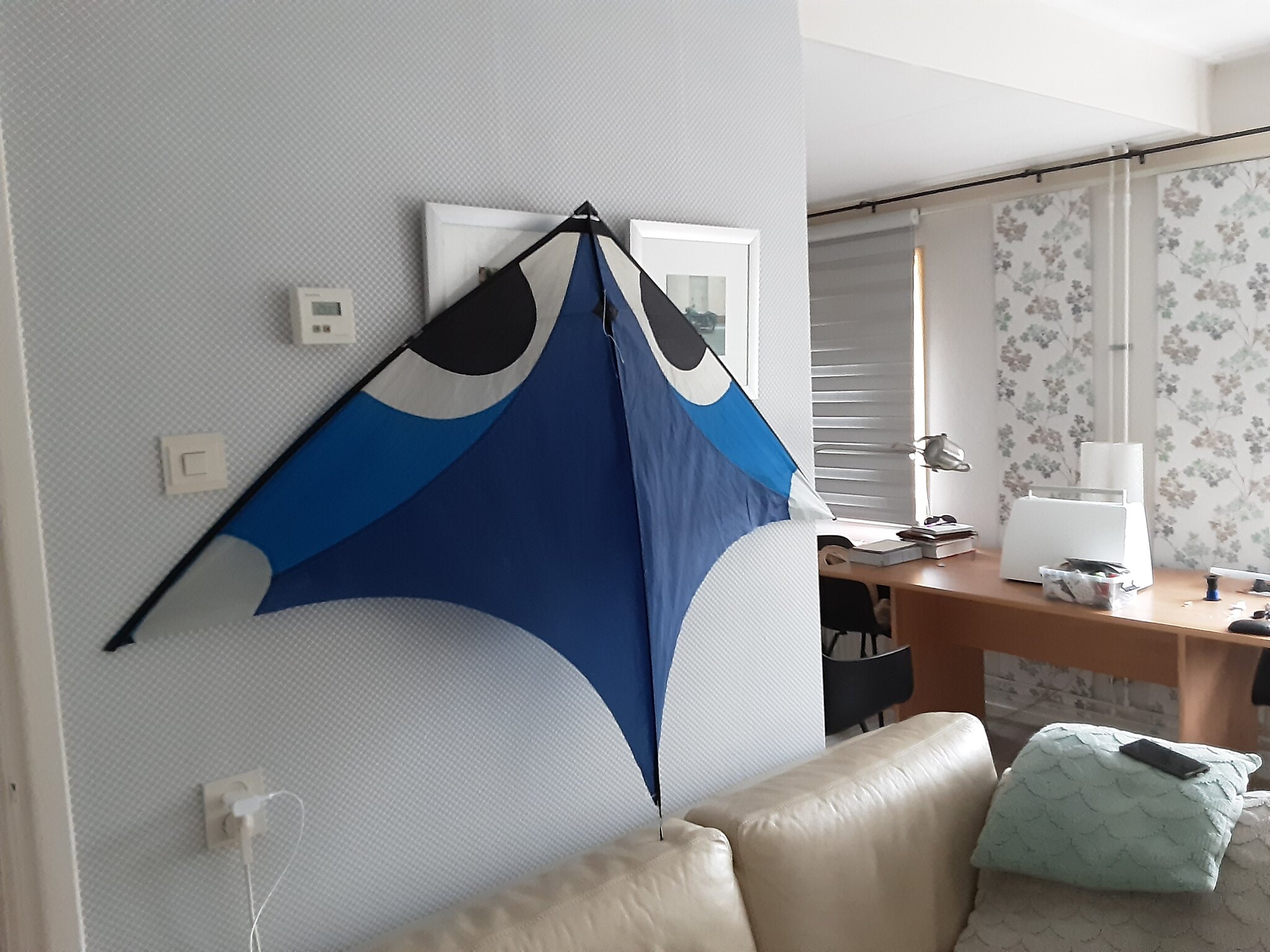 by RoyReed
Not bad for free! 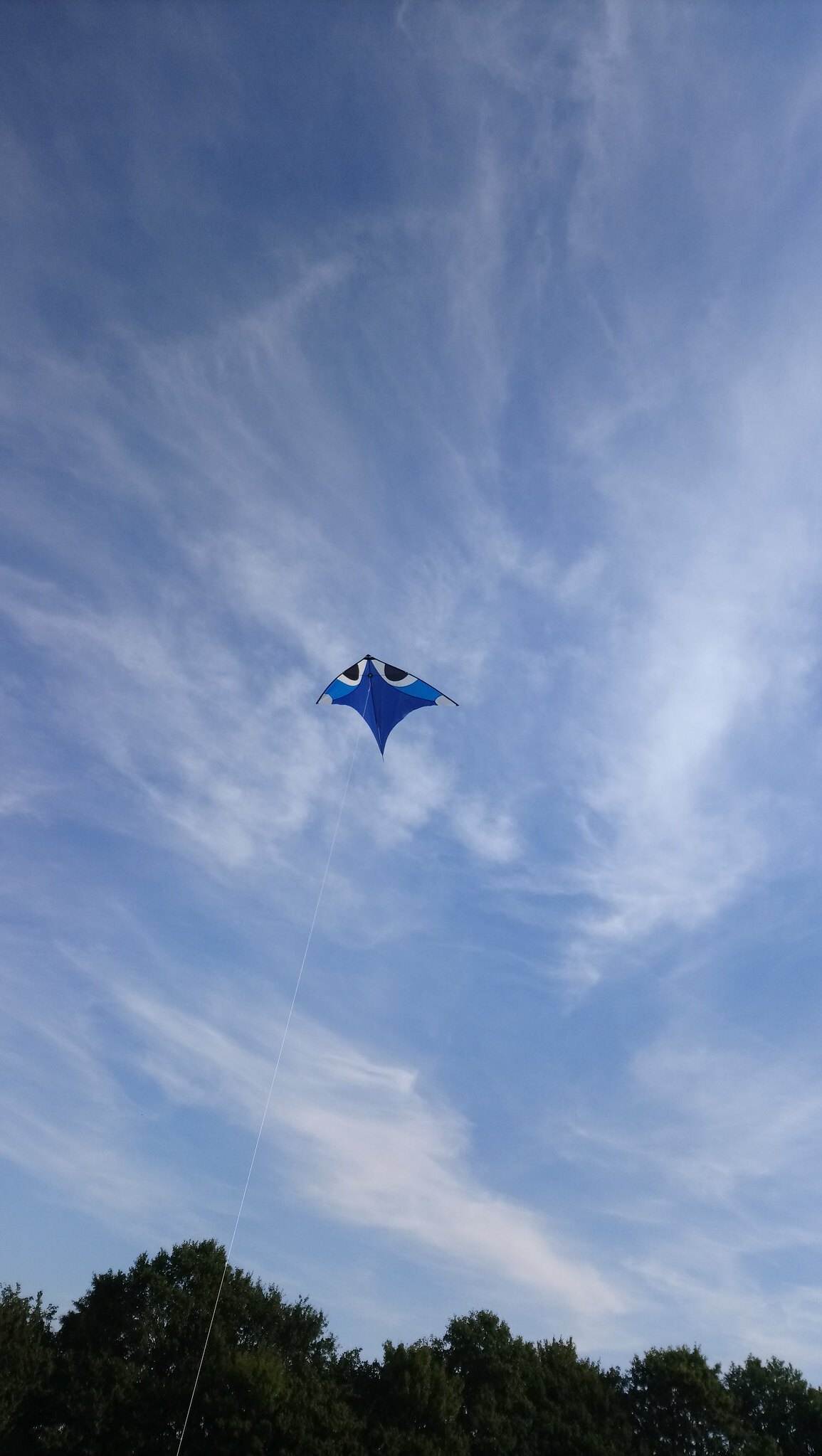 And it flies!
Now looking for a new home for my little friend.
Think I know somebody....

by Flying Fish
Nice repair! And kite karma will come your way, for sure.

Flying Fish wrote:
Nice repair! And kite karma will come your way, for sure.

by Lex B
The kite went to a friendly grandfather who wanted a play kite for his grandchildren to play with in the dunes.
He has promised me pictures.....

Lex B wrote:
The kite went to a friendly grandfather who wanted a play kite for his grandchildren to play with in the dunes.
He has promised me pictures.....

by Lex B
Made a "vaporized" version for myself.
Think I fell in love with it. 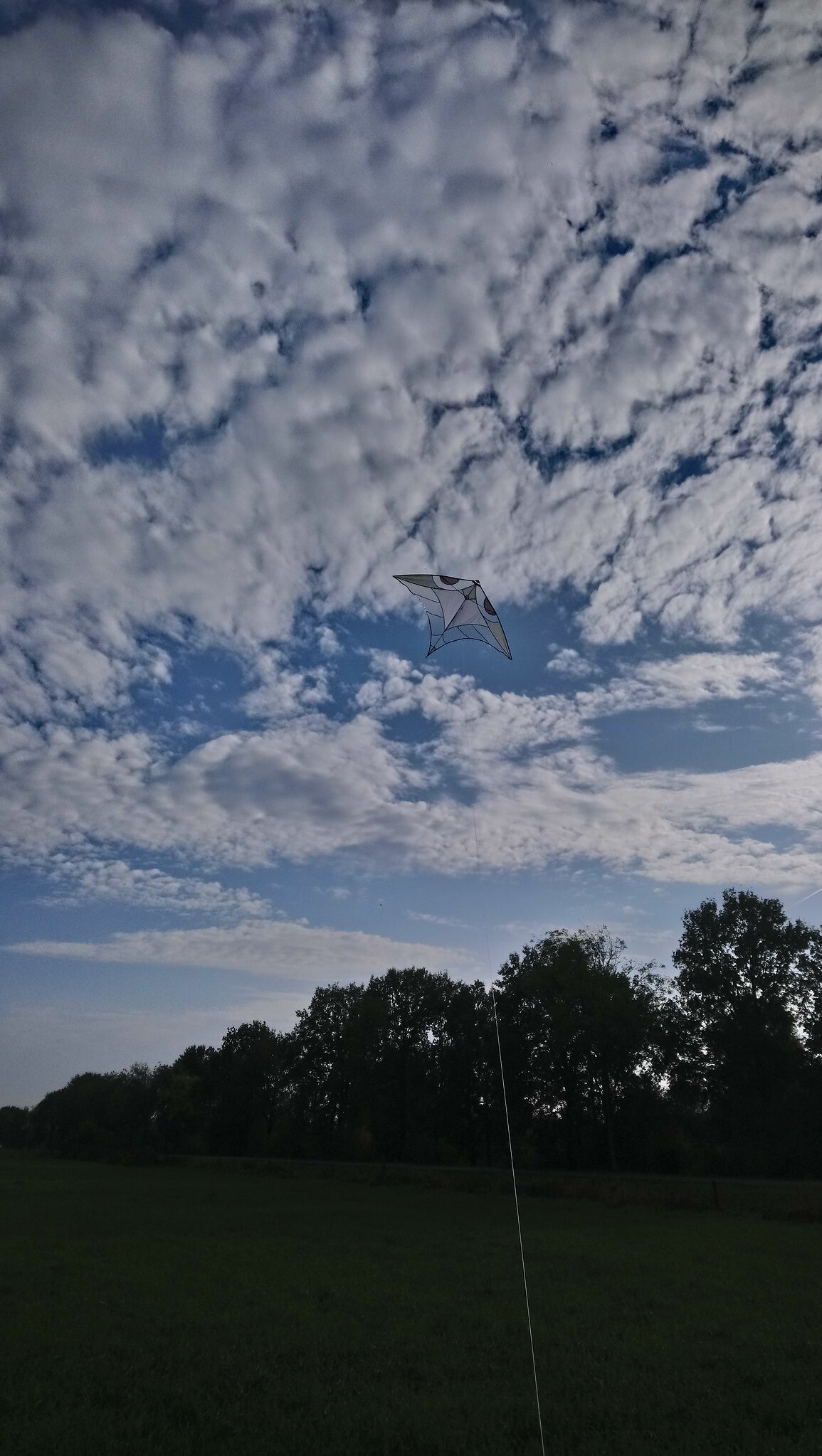 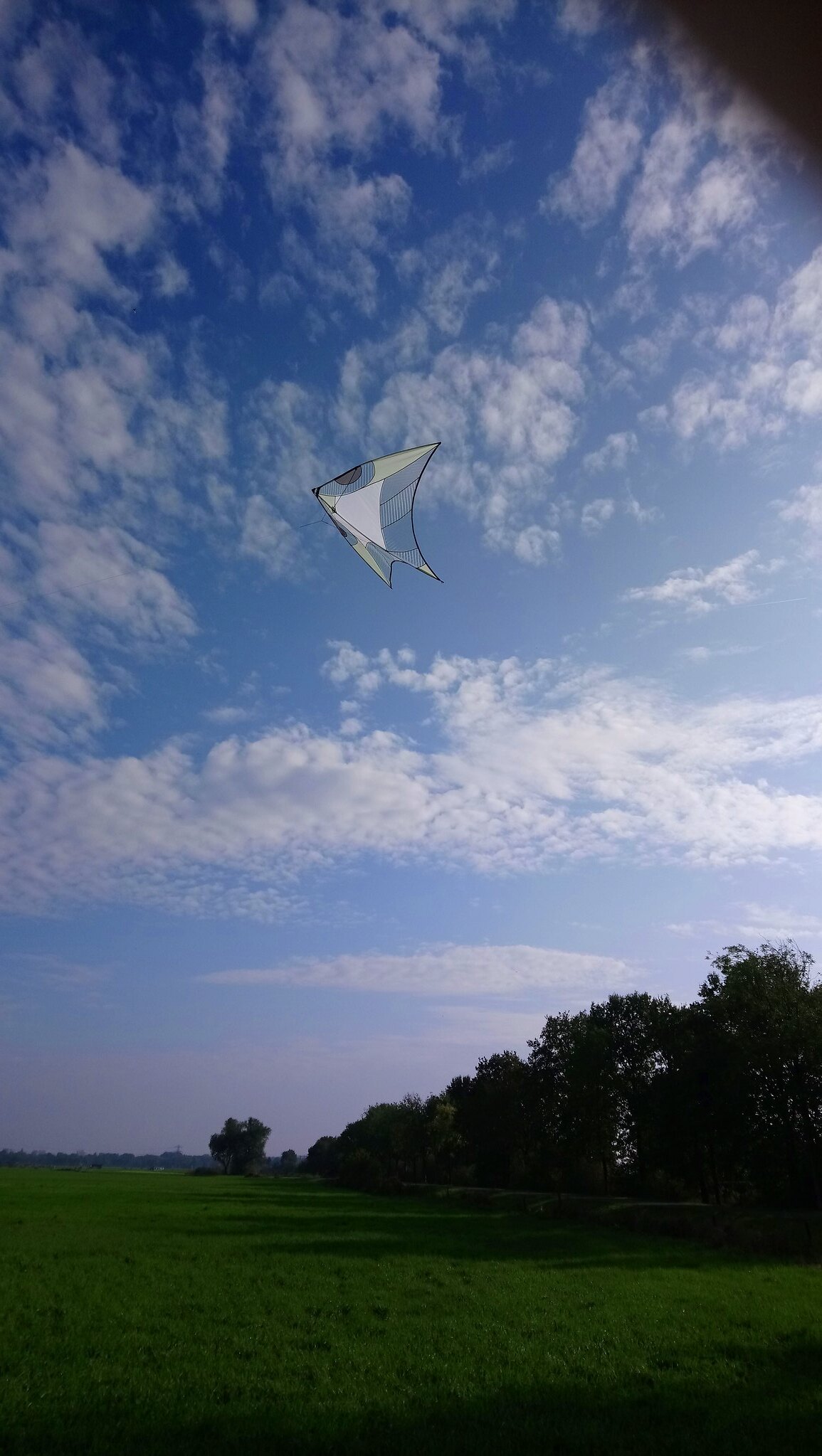 With vaporized I mean given the looks of the famous Prism kite. 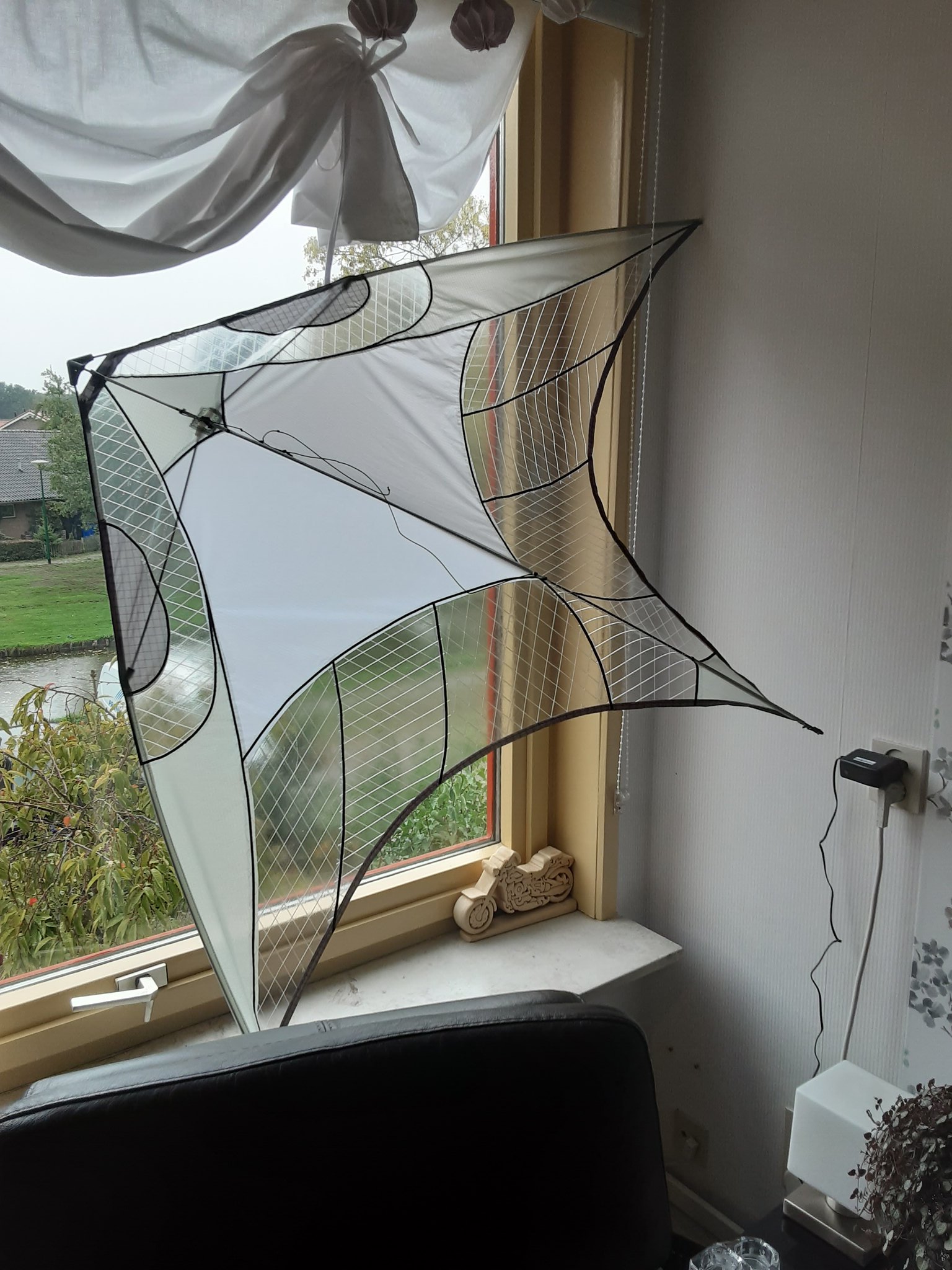 by Exult
Refurbishing the Wala might have been an extra wise move. Since actually starting to use my Rev Indoor I thought of trying a glider indoor kite as well. Looking through the kite shops I know of in Europe, I could no longer find a Wala or any other glider kite in stock. When looking on Drachenforum > Börse there were two wanted advertisements and only one expired sell offer for a Wala. Of course, for the so inclined, one could do a DIY Urban Ninja. It is a creative commons except for commercial use according to this URL that also contains the plan along with a detailed building description:

And btw, your vapor-like Wala above looks magnificent!
All times are UTC
Page 1 of 1
Powered by phpBB® Forum Software © phpBB Limited
https://www.phpbb.com/